I see so many of you ranting and raving about the idea of Medicare for all, “HOW WILL WE PAY FOR IT?! SOCIALISTS! OH, THE HUMANITY!”

I believe your fear is sincere, but that makes it even more sad. Sad as in depressing, not sad as in pathetic, like our President uses the word.

Do you not have friends outside of this country? Through an internet based nonprofit I run I have the privilege of having friends in Sweden, Norway, Canada, Great Britain, Ireland, Scotland, Australia, and Germany. You know what they don’t stress about? Healthcare. Despite the bad information you have gotten from Sean Hannity, Rush Limbaugh, and Laura Ingraham, people in these countries do not go months and months in urgent situations dying without being able to see a doctor. If you believe this, why don’t you ask some actual citizens of these countries instead of listening to someone who is paid to scare up television ratings or web views?

Know what else they don’t stress about? Going bankrupt from healthcare bills. They simply do not think about healthcare, it is just there for them if they need it and using it won’t haunt them for years to come.

Finally, the biggest busted myth you’ve been scared into believing, that they spend an arm and a leg for it, is also shown to be wrong by the numbers. They simply don’t – we spend far, far more.

If you are someone who is fiscally conservative this should be the number one or two issue for you, but not for the reasons you think. We already spend a great deal more than any other nation on healthcare and what do we get for our expense? We have a lower life expectancy than all of the countries I listed. 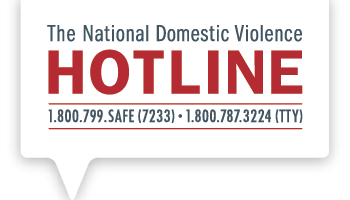 Chris Brown has a documentary out covering how “hard” life has been for him since the Rihanna incident. It’s a masterful piece of PR work to whitewash this egomaniac’s behavior. The fact that any artist still collaborates with him or any radio station plays his music astounds me.

I didn’t know the extent of the attack until this past week, as a result of this documentary making the story news again. He didn’t “just” hit her. He damn near killed her and the truth was covered up very successfully by his publicists and label.

I believe people can change, people can improve and make better decisions, but profiting off of this, making it about how hard this all was for you, is completely tone-deaf and shockingly narcissistic.

Here’s text from a police report (emphasis mine):

Christopher Brown and Robyn F. have been involved in a dating relationship for approx one and half years. On Sunday, February 8, 2009 at 0025 hours, Brown was driving a vehicle with Robyn F. as the front passenger on an unknown street in Los Angeles. Robin F. picked up Brown’s cellular telephone and observed a three page text message from a woman who Brown had a previous sexual relationship with. A verbal argument ensued and Brown pulled the vehicle over on an unknown street, reached over Robyn F. with his right hand, opened the car door and attempted to force her out. Brown was unable to force Robyn F. out of the vehicle because she was wearing a seat belt. When he could not force her to exit he took his right hand and shoved her head against the passenger window of the vehicle causing an approximate one inch raised circular contusion. Robyn F. turned to face Brown and he punched her in the left eye with his right hand. He then drove away in the vehicle and continued to punch her in the face with his right hand while steering the vehicle with his left hand. The assault caused Robyn F’s mouth to fill with blood and blood to splatter all over her clothing and the interior of the vehicle.

Brown looked at Robyn F. and stated, “I am going to beat the shit out of you when we get home! You wait and see!” Robyn F. picked her cellular telephone and called her personal assistant, Jennifer Rosales at [redacted]. Rosales did not answer the telephone but while her voicemail greeting was playing, Robyn F. pretended to talk to her and stated, “I’m on my way home. Make sure the cops are there when I get there.” (This statement was made while the greeting was playing and was not captured as a message). After Robyn F. faked the call, Brown and looked at her and stated, “You just did the stupidest thing ever! Now I’m really going to kill you.” Brown resumed punching Robyn F. and she interlocked her fingers behind her head and brought her elbows forward to protect her face. She then bent over at the waist, placing her elbows and face near her lap in attempt to protect her face and head from the barrage of punches being levied upon her by Brown. Brown continued to punch Robyn F. on her left arm and hand causing her to suffer a contusion on her left triceps that was approximately two inches in diameter and numerous contusions on her left hand. Robyn F. then attempted to send a text message to her other personal assistant, Melissa Ford. Brown snatched the cellular telephone out of her hand and threw it out of the window onto an unknown street.

Brown continued driving and Robyn F. observed his cellular phone sitting in his lap. She picked up the cellular telephone with her left hand and before she could make a call he placed her in a head lock with his right hand and continued to drive the vehicle with his left hand. Brown pulled Robyn F. close to him and bit her on her left ear. She was able to feel the vehicle swerving from right to left as Brown sped away. He stopped the vehicle in front of [redacted] and Robyn F. turned off the car, removed the key from the ignition and sat on it. Brown did not know what she did with the key and began punching her in the face and arms. He then placed her in a head lock positioning the front of her throat between his bicep and forearm. Brown began applying pressure to Robyn F’s. left and right carotid arteries causing her to be unable to breathe and she began to lose consciousness. She reached up with her left hand and began attempting to gauge his eyes in an attempt to free herself. Brown bit her left ring and middle fingers and then released her. While Brown continued to punch her, she turned around and placed her back against the passenger door. She brought her knees to her chest, placed her feet against Brown’s body and began pushing him away. Brown continued to punch her on the legs and feet causing several contusions. Robyn F. began screaming for help and Brown exited the vehicle and walked away. A resident in the neighborhood heard Robyn F.’s plea for help and called 911, causing a police response. An investigation was conducted and Robyn F. was issued a Domestic Violence Emergency Protective Order (EPO).

Your affiant conducted an interview with witness Melissa Ford who advised on Feb. 8 2009 at approximately 0055 hours, she received a phone call from Robin F. from an unknown telephone number, later identified as the cellular telephone of Police Officer III Chavez. Robin F advised Ford that she had been assaulted by Brown. At approximately 0100 hours, Brown called Ford as if nothing happened. Ford advised Brown that she had already talked to Robin F. and was aware of what happened. Ford advised Brown that the neighbors had called the police and that they were with Robyn F. Brown asked Ford if Robin F. had provided police with his name and Ford advised him that she had. Brown hung up the cellular telephone and did not call back.

On February 8, 2009 at 1900 hours, Brown surrendered himself to your affiant and was arrested for 422 PC, Criminal Threats. Brown was given a copy of the EPO and advised not to contact Robyn F.

On February 17, 2009, Ford advised your affiant that she had received text messages from telephone number [redacted], a number that Ford recognizes as belonging to Brown. In the text message, Brown apologized for what he had done to Robyn F. and advised Ford that he was going to get help.

Your affiant is requesting the telephone records and text message data stored on the cellular telephones of Robyn F., [redacted] and Brown, [redacted] in an attempt to establish a time line of the events that occurred on the evening of February 8, 2008 and to further implicate Brown as the person who assaulted Robyn F.

Kellyanne Conway Warned Us About Trump

HO-LY CRAP. Why hasn’t this been shared all over the place? I cannot believe this is the first time I’m seeing this. This should be spread far and wide.

Next time you see her spinning some bullshit for the administration, remember this. This is all within the last year.

The Two Sides Of Kellyanne

Did she think these videos wouldn't come back to haunt her?

The Interestings by Meg Wolitzer

I struggled initially to really get into this one, but it swept me up fairly quickly. Following the various lives from youth into adulthood, you feel as though you really get to know them, and you care for them, and you desperately want the best for them.

I liked it, but I didn’t love it, and that’s okay. I actually found out about this book because Amazon Prime had a pilot for a show based on the book and I had it in my watch list to give it a shot. Before I got the chance to Amazon removed it after deciding not to go ahead with the show. Disappointing, I think it could’ve made a great show.

View all my reviews

What else can be said?

I haven’t posted in a while because every time I consider posting all I can think about is, well: 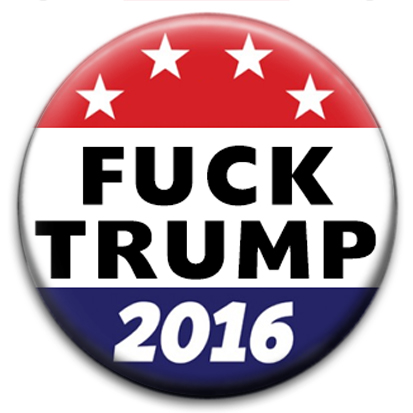 Harry Potter and the Goblet of Fire
by J.K. Rowling

Harry Potter and the Prisoner of Azkaban
by J.K. Rowling